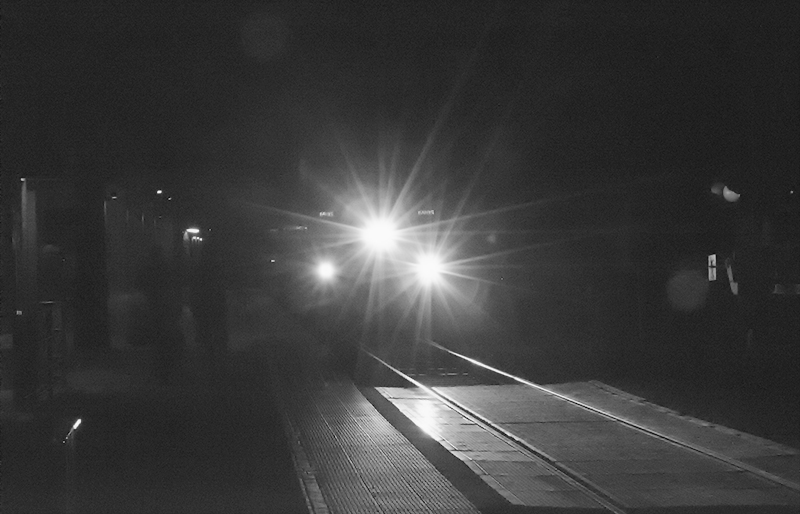 While processing my photos from a recent photo club walk I had the realization that I’ve been somewhat constrained in my approach to shooting. I don’t mean to say my work has necessarily been clichéd or unimaginative. Rather, it’s that I usually have a firm idea in mind of how I want the shot to look. But for one series of shots the other night I just decided to experiment without any particular expectation. I found the experience to be liberating and perhaps something like the improvisation of jazz.

This photo walk was centered around the train station in San Juan Capistrano, California. As I set out, I naturally had some of the standard ideas about composing with the tracks and the trains as leading lines and shapes. But, at one point, I decided to just try something to see what would happen. It was an evening walk and since the light was limited I decided to set the ISO all the way to my camera’s maximum value of something like 20000. I had never used that extreme ISO before so I thought to myself, “Why not try it and see what happens?”

I was setting up for a sequence of shots of a train entering the station and I was unsure what values to use for f-stop and aperture. Depending on the speed of the train and combination of exposure options there was a variety of possible effects in terms of depth of field and stopping or blurring motion. With time running out as the train approached the station I decided to punt and just put the camera into Program mode. The last thing I did before shooting was to set the capture mode to continuous. I was able to fire off 17 shots between the time the train first appeared and when it stopped.

I took a quick glance at the images in the camera’s LCD screen but I really couldn’t tell if I had anything usable. But when I got home and took a closer look I was pleasantly surprised by a couple of frames. After some processing in Silver Efex Pro and Dfine I was reasonably satisfied with what had started out as just an experiment. I’m not saying that this example is a particularly fine photograph. What I’m saying is that it is at least mildly interesting. First, it shows what can be accomplished with extremely an high ISO. And, through this process, I learned something. If I go back to the train station next week I’ll have a better idea of the possibilities.

"Sometimes you have to play a long time to be able to play like yourself."
— Miles Davis

Perhaps using jazz as a metaphor is not exactly right for this particular example. A jazz musician improvises based on his skill with his instrument. You can’t even begin to improvise without a certain level of mastery of your instrument. In my case, there was more guesswork going on than you would see from an accomplished jazzman. Regardless, the cost of experimenting was low and the potential benefits were significant. And, for that matter, a true jazzman is always probing the boundaries of improvisation. Just how far can I push this melody before the tune falls apart? How far can I push these harmonies before there’s nothing left but dissonance?

If there were potential benefits in experimenting in this instance, I also found that there are benefits in beginning to open up to a more relaxed way of shooting. As with any artist, photographers need to be continuously experimenting with new ideas. Sure, there’s something to be said for previsualizing an image. Some people go so far down this road that once the stage is set they take only one or two shots. I’m told that with a certain level of mastery and preparation this is possible. And I’m not saying there’s anything wrong with that. But, in order to learn and grow, it’s also necessary to go in the opposite direction sometimes. Personally, I found this experience of experimentation to be freeing. I feel like I’ll be a little bit looser and more ready to see things in a new way on my next outing. With digital cameras there’s no reason not to try new things. Why not improvise a little and see where it takes you? 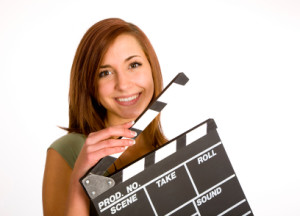 Visit my business website, The Video Performance for info on my video production and web design services.